After a record number of entries, Charmaine Bingwa has become the 10th winner of the coveted annual Heath Ledger Scholarship, Australians in Film (AiF) announced on Thursday 20 September 2018 at an event presented by Bird in Hand winery at the Chateau Marmont.

Charmaine Bingwa is an award-winning Australian/Zimbabwean actor who like Heath, was born in Western Australia. Bingwa recently appeared alongside international star Monica Bellucci in Nekrotronic, which has its world premiere at the Toronto International Film Festival this month. She also starred, wrote, produced and co-directed the award-winning series Little Sista, which won Best Screenplay at the LGBT Toronto Film Festival and has been selected in Out Web Fest LA, Web Series Festival Global, Sicily Web Fest, Roma Cinema DOC, New Jersey Web Fest, ITVFest and Melbourne Web Fest. She received both a Sydney Theatre Award nomination and Broadway World nomination for Best Supporting Actress for the moving yet challenging role of Mrs Muller in Doubt: A Parable.

On accepting the award, Bingwa said, “I’m completely taken aback and so honoured to be 2018s winner of the Heath Ledger Scholarship.” She noted that there were “so many beautiful people” she wanted to thank. “I heard the other day someone say that the most powerful currency you have is the impact you have on other people and I think Heath epitomises that. Heath personally taught me what the power of a performance can do.”

Founded five months after Heath passed, the scholarship is awarded to an actor who exhibits distinctive and unique potential. Known for his incredible support of fellow actors seeking to make it big, the scholarship carries on Heath’s legacy by offering invaluable assistance for a young and emerging Australian actor to kick-start their career, break into Hollywood or train internationally. The judging panel who selected the winner also included Rose Byrne, Academy Award-winning actor, writer and producer Matt Damon and Australian actress Elizabeth Debicki. 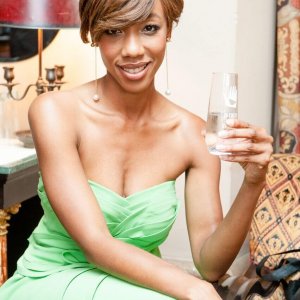 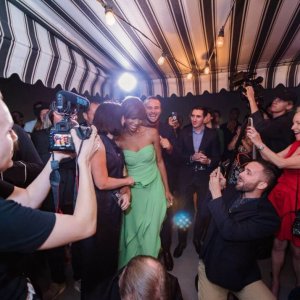