Australian show jumper Edwina Tops-Alexander has been named the winner of the Longines Global Champions Tour Super Grand Prix, beating a skew of male contestants in the process. The Longines Global Champions Tour Super Grand Prix is an event that sees the 16 winners of each leg of the tour come together to compete to find the ultimate champion. In 2018 the final meeting was held in Prague and Edwina was crowned winner for her performance on her mare California. The winners prize pot makes the event the richest in the sport, at $19 million.

Edwina was the only woman to make the final round. Commenting on this, the 44-year-old show jumper said, “I don’t feel any different as a woman but it does feel good to beat the boys.” She continued, describing her incredulity about winning: “I really didn’t think I had won,” she said. “I couldn’t see the scoreboard. After I had the fence down I thought I have just got to go for it. I can’t believe it. I’ve had the most amazing three weeks of my life and to finish by winning the LGCT Super Grand Prix is incredible.”

Edwina has been horse riding since she was very young, and she got her first horse when she was eight. Her family do not have a history of horse riding, but growing up beside neighbours with horses, Edwina was always fascinated by the creatures. The prize winner is also a new mum, having given birth to a baby girl in July 2017. On being a mum and an athlete, Edwina said, “I split my times between the two jobs as both are equally important to me. So I can focus on that one thing during that time and then I am more relaxed about it.,” she said. “Being a mother, it doesn’t have to hinder your lifestyle and your goals.”

Readers also enjoyed this story about this polo player. 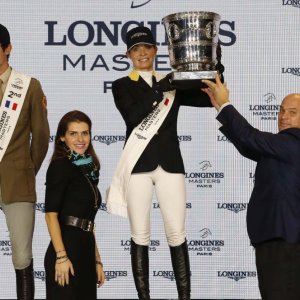 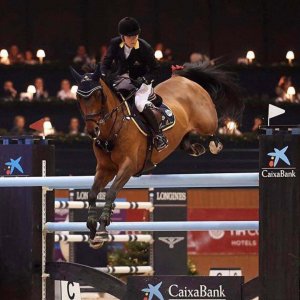 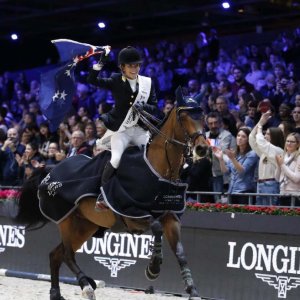