Aurora Hsu always dreamt of becoming a pastry chef and after moving from Taiwan to Queensland’s Gold Coast at age 14, she was delighted to discover that Australians took their bakeries as seriously as she did.

Now she is living out her patisserie dreams as one of the first applicants of Le Cordon Bleu Brisbane, set to graduate from the prestigious cooking school in 2021, and already has her sights set on working in Paris.“Paris is my dream and my Le Cordon Bleu qualification is going to fast-track me there,” says Aurora.“We always cook traditional Asian food in my home but ever since I became determined to be a pastry chef, I take over the kitchen baking my cakes and pastries for the whole family. They don’t complain!”

Fourteen year old Aurora was determined to find a way to make her dreams come true. So strong was her passion that she persuaded her parents to take her on a trip to Sydney to see the Le Cordon Bleu school and gauge where her passion might take her. She knew then and there that this was the pathway for her to an exciting career and that one day her dreams may come true. Five years later she is one of Le Cordon Bleu Brisbane’s first applicants, and is inching closer to the finish line of her Advanced Diploma of Hospitality Management (Patisserie), eyeing off the ultimate next step; Paris.

Regional Manager for Le Cordon Bleu Brisbane, Simon Black, says taking on Aurora as one of Brisbane’s very first applicants was a clear decision.“During the interview process with prospective students, we talk about the experience they’ve had, their education and what their career goals are” said Black. “With Aurora it was very evident she was passionate about the industry. She spent her last year of high school studying a Certificate III in Hospitality and she worked at the Commonwealth Games Village on a volunteer basis which sometimes meant waking up at 3 or 4am for breakfast shifts, so her passion was clear.”

Black notes that Le Cordon Bleu relies on the quality in alumni they produce as much as their alumni rely on a Le Cordon Bleu certification.“Our qualifications are recognised internationally and the alumni we produce represent an over century old, prestigious brand steeped in culinary excellence, throughout their entire careers, so it’s important that we get the right students. It was clear from an early stage Aurora was a right student. She had strong support from her family too which is also very important.” 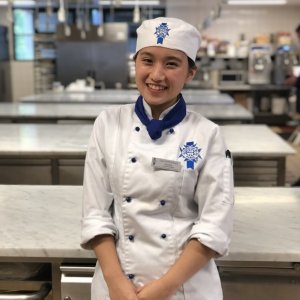 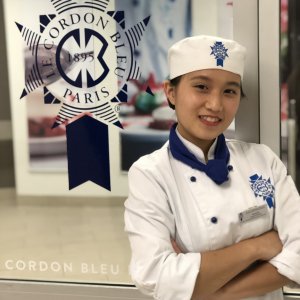 A second Women in Leadership 2022 summit speaker impacted by covid (her daughter has it) so her presentation this afternoon was done remotely. CoverMore CEO Cara Morton gave a visionary speech aptly entitled ‘People First Leadership: the skills I harnessed to lead our company through the pandemic’ #WILA #women #leadership #summit #girlboss #womeninbusiness @theleadershipinstituteanz ...