The Women’s Auxiliary of the Ahmadiyya Muslim Community of Queensland held its annual Peace Symposium on the June 15 at Bait-ul Masroor Mosque in Stockleigh.

Keynote faith speakers were Judith Gibbons, from the Uniting Church in Toowoomba; Prakruthi Gururaj, Multicultural Ambassador; and Sabah Janud, representative of the Ahmadiyya Muslim Women’s Community of Queensland. As part of this annual event, the women’s auxiliary present donations to various community organisations every year. This year, the Refugee Association of Queensland, and Logan Helping Hands were recipients of $2000 in donations from the auxiliary.

On the event, the president of the auxiliary Nuzhat Ayesha commented “Muslim women play a fundamental role towards the establishment of a peaceful society. Islam teaches us that the responsibility of building peaceful societies and nations depends on the contributions of women, in their roles as daughters, wives and mothers. If each one of us as women realise our potential and fulfil our roles within society to the best of our abilities, then no doubt we can nurture peaceful societies.” 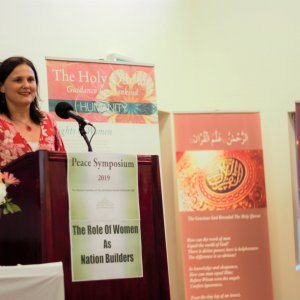 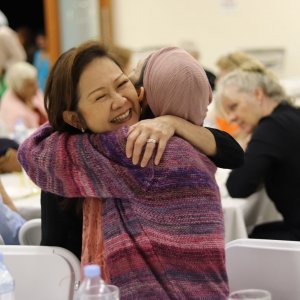 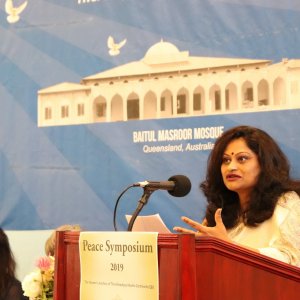 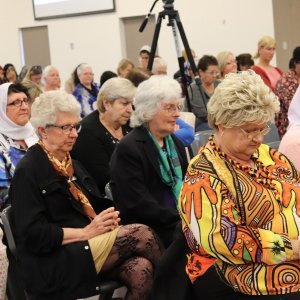 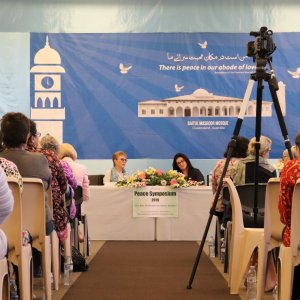 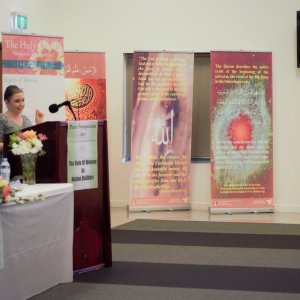