“I’m pretty much speechless,” Green said, tears interrupting her sentences. “I was really nervous the last five holes and just really — I made a clutch putt and that was kind of got me through another one. To make the one on the last is really is surreal.” Playing in just her seventh major and seeking her first Ladies Professional Golf Association (LPGA) victory, Green started the day with a one-stroke lead over Ariya Jutanugarn and protected it brilliantly.

“I’m so proud,” Green’s mentor Karrie Webb said, “I caught myself a few times getting ahead of myself for Hannah and choking up thinking what a win would mean for her. I feel like I won a golf tournament. This is one of the best days I’ve had at a golf course in a long time. I could see at the US. Amateur [in 2015] that she was made to win LPGA tournaments.” But winning majors is not easy and if Green was not feeling the pressure, Webb was. “I think we were more stressed that she was,” Webb said later. “Her maturity today was amazing.”

“It’s awesome,” said Green, whose mother was watching at home. “ I’ve always wanted to win in front of an Aussie crowd. I felt even that’s what it was like today.”

The 22-year-old’s name now stands alongside fellow Australians Jan Stephenson, the three-time major winner inducted into the Women’s Golf Hall of Fame June 10, and Karrie Webb, another WGHOF member who has seven major titles and who followed Green as she shot a gritty 72 in the final round. It was a satisfying sight for Webb who has mentored Green. 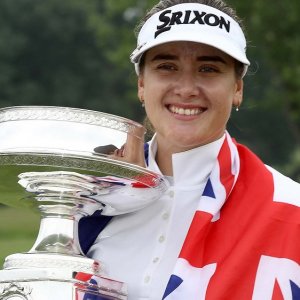 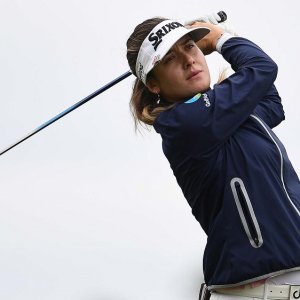 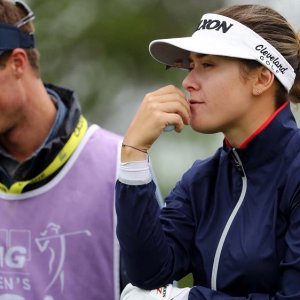