Brisbane-based Rachel Larkin makes her directorial debut with the short film Louder than Words. Aired at the recent West End Film Festival, the short tells the story of young, deaf musician Amy Clearwell. Eleven-year-old Amy desperately wants to be the drummer in her school band but is stopped from even auditioning by both the conductor and her Dad, simply because she is Deaf.

Portrayed by the young actress, Layla Potts, who is also deaf, Potts used her own experiences of deafness to shape the character of Amy and the overall story of Louder Than Words itself. Larkin tells us ”Layla brought such a sense of truth to the character and really made it her own. To me, it was inconceivable to tell this story without casting a person who is Deaf. ‘Nothing about us without us’, is the phrase that propelled our casting.”

A stunning directorial debut, Larkin has previously worked in the arts and film industry largely in the sound department. Larkin certainly put her experience to good use, showcased by Louder’s beautiful score, including the use of a school concert band, which was also inspired by Larkin’s musical interests in high school. Larkin moved into directing having ”always loved stories” and considers “filmmaking telling stories within a community. So many people come together to make a film, with each person leaving their own impression on the final product. To then be able to share that final product with a larger audience and – hopefully – have it impact on the audience in some way, is a beautiful thing.”

Well supported by Brisbane locals during the filming process, Larkin and the Louder than Words team were ecstatic to screen the short at the local West End Film Festival where ”everyone involved could come along to watch” and which brought the project full circle. 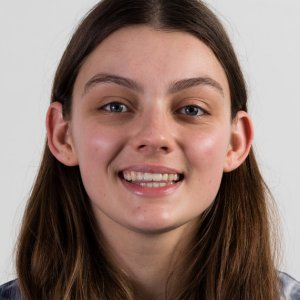 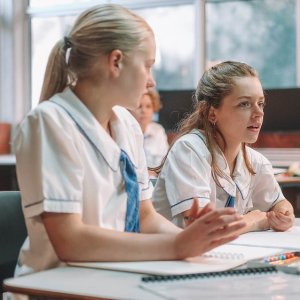 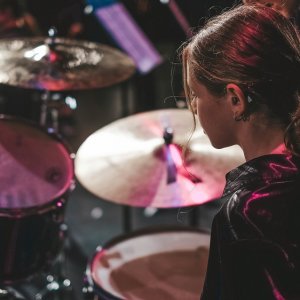