Mia Oatley has just been appointed the role of Art for Epilepsy Ambassador 2019 by Epilepsy Action Australia. Mia has been making waves in the art world since beginning her art career 16 years ago, and has developed a strong following for her bold, vibrant and colourful pieces. She was an Archibald finalist in 2014 for her portrait of fellow artist Tim Maguire, and her work has been seen in many well-known magazines and featured on home design and renovation television shows including The Block and Love It or List It.

Recently Oatley held a pop-up art exhibition at the Stocklands Shopping Centre in Balgowlah, with the goal of making art more accessible to people who would not ordinarily have the opportunity to go to a gallery or see an art show. Thousands of people were able to experience Oatley’s immersive art installation every day, in an experience that has been described as akin to ‘sculpture by the sea – in miniature’. “I just love the idea of getting art out into the public sphere,” says Oatley. “Giving mums and dads and busy workers the opportunity to have that ‘art gallery experience’, but just in the course of their normal day. I had so much fantastic feedback, people really loved it.”

Oatley is proud to once again be the Ambassador for Art for Epilepsy, a unique online art auction that raises funds for life-changing services and programs for people with epilepsy. Oatley has a personal understanding of the impact of epilepsy, having lived with focal epilepsy since she was a teenager. Despite experiencing many seizures throughout different stages of her life, Oatley has never let epilepsy stand in her way, and has gone on to build a wildly successful art career. “One of the things I love about the Art for Epilepsy auction is that it makes art more accessible to ‘non-arty’ people,” explains Oatley. “There can be a bit of a sense of exclusivity about the art world, and Art for Epilepsy provides the opportunity for people who wouldn’t usually buy art to get their hands on an original piece by an Australian artist for what might be a fraction of the usual price. Plus, of course, all the funds raised go towards programs and services that help other people living with epilepsy. It’s a fantastic initiative and I’m super proud to be involved again.”

Despite her long list of achievements, Oatley’s most precious work of art is her three-year-old daughter Coco, who keeps her grounded whenever she feels she may get swept up in her own success. “Three-year olds are brutally honest and totally self-absorbed,” says Oatley. “They don’t care if you’ve just sold a piece to a renowned collector, or been accepted into a prestigious art show, they only care that their toast is cut the right way.” 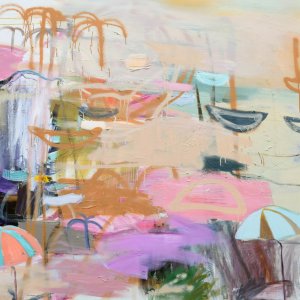 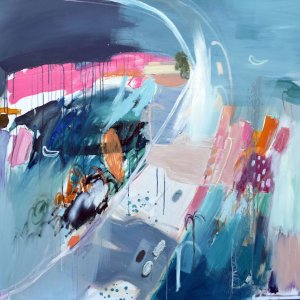 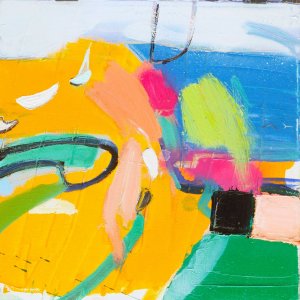